Figures released by the Office for National Statistics in February show that over half of adults in the UK report some feeling of loneliness whilst 10% feel lonely all, most or at least half of the time.

Meanwhile, charities have been bringing more attention to the issue, with Macmillan Cancer Support recently highlighting widespread loneliness among cancer sufferers and the Church Urban Fund reporting an increase in loneliness in recent years.

At Nesta Impact Investments, our interest in ageing makes loneliness very relevant to our work; it’s widely accepted that loneliness disproportionately affects older people, whether it be due to immobility, the death of family members and friends or leaving the workplace.

But what exactly does loneliness do?

The effects of being lonely

Loneliness has an obvious impact on people’s lives. Of those reporting some loneliness in the ONS survey, nearly half felt “left out of society” whilst 32% felt what they do in their life is “not worthwhile”. Apart from affecting immediate quality of life, studies have also linked it to depression, anxiety and reduced mobility, claiming that it has the same effect on mortality rate as smoking 15 cigarettes a day.

But there’s a wider impact on society too. For example, people who are lonely are almost twice as likely to visit their GP and to develop dementia in the following 15 years. This illustrates the wider pressure put on public services if loneliness is left untackled.

So how can we tackle it? 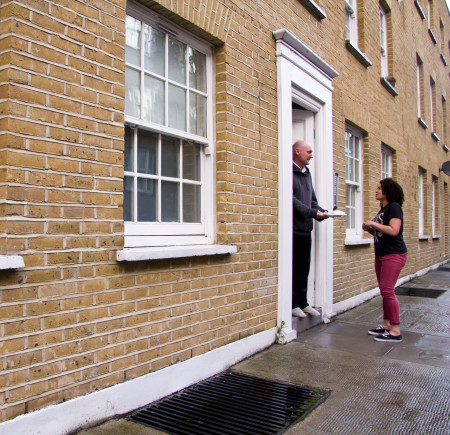 You’d think something like loneliness would be easy to solve. It doesn’t rely on innovation in medicine or developing high cost technology. All it requires is meaningful human contact. But any effective response also requires innovative ways of organising people and reaching those most in need of contact, and there are a growing number of projects that are trying and succeeding.

Casserole Club is a good example of a project tackling loneliness. Set up by FutureGov – one of our portfolio companies – Casserole Club matches socially isolated older people (‘diners’) with neighbours who love to cook. Once matched, the cooks take a plate of home-cooked food round to their diner. They can have a chin-wag at the door, or if they fancy they can invite them in whilst they eat, and it may turn into a regular thing.

The scheme has had a significant impact on social connectivity of the diners, with a majority of them saying Casserole Club has affected their social life and many feeling more socially connected as a result. Part of Casserole Club’s success comes from the effort they put into finding the people who would benefit from it most. It’s partnerships with other organisations helps reach the most socially isolated older people.

Another great example is GoodGym. GoodGym gets people active whilst helping them do good in their community. If you turn up at a group run, you can be given a community-orientated mission or make a commitment to drop in on a socially isolated older person on your travels, keeping others connected whilst keeping yourself fit.

People don’t have to be physically isolated to feel lonely.  Loneliness can still occur when you are living in a community or care home. Oomph! Wellness, for example, aims to (among other things) increase the social interaction of residents in care homes through delivering fun and interactive classes. 88% of care home staff reported Oomph to have a significant effect on improving social interaction within their home.  This can help to can tackle or even prevent loneliness.

See? Although the act of tackling or preventing loneliness may be simple (it can be as simple as dropping in on someone who is socially isolated), to create a scalable and impactful response to loneliness requires creativity both in the way you enlist the community to join in and in the way you find the people most in need. This kind of creativity and innovation is an important part of what we look for at Nesta Impact Investments.