In January we announced our investment into GetMyFirstJob, an online platform that proactively matches training providers and employers with apprenticeship candidates. As we enter National Apprenticeship Week, GetMyFirstJob co-founder David Allison looks at the state of the apprenticeship market and how it can be improved.

One look at the media and you will see that Apprenticeships are on the agenda. Each political party has their own spin on what is important, but they are all focusing on the overall growth of Apprenticeships to support the UK economy. This is not new; the Coalition set themselves the target of 2 million apprentices early on in the administration and there was much fanfare when this number was achieved. 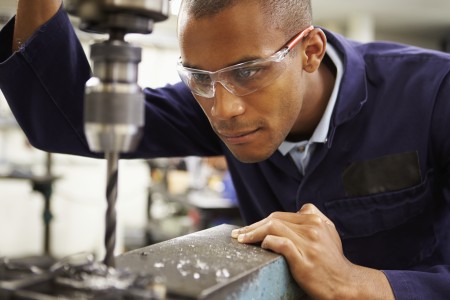 The Government’s Statistical First Release that was updated last week provides an interesting picture. Despite growth in 2009/2010, the last three years have shown little, if any growth. In fact there was a slight drop in overall apprenticeship participation in the last academic year. Given that apprenticeships typically last for more than 12 months, the number of ‘starts’ gives us an insight into future participation levels. Here, we see a drop of 13.7 percent from the 2012/13 academic year.

The major reason for this change was a cut to apprenticeship funding for those over 25 years of age. This cut is entirely a supply side factor, not touching employer demand. So why were the number of ‘starts’ not higher? The reality is that the sector as a whole is dominated by supply side factors – hence many of the recent high profile pilot programmes to ensure ’employer ownership’ of the apprenticeship model.

There is an undoubted requirement for apprenticeships – something that companies and government agree on. Individuals that undertake an apprenticeship also benefit; I read with interest this week a report that 27% of graduate employees were paid a gross hourly wage that was lower than the average £11.10 earned by non-graduates with an apprenticeship under their belt. And the apprentices had no student debt.

Where does the problem lie?

So with this backdrop, why are apprenticeship numbers not growing as rapidly as government, providers and business would all like? There are many reasons, but the area we focus on is recruitment.

Successful private providers and colleges have to focus on the requirements of the funder and the regulator – the Skills Funding Agency and Ofsted. If a college or private provider breaches their requirements, the consequences are very public and potentially very damaging. As a result, the needs of the employer can get lost amongst the complexities of the funding claim and the Ofsted inspection framework. The first place this becomes clear is the apprenticeship recruitment process. If a small business decides to take on a new member of staff through a high street recruitment agency, they can expect CVs within hours. For a variety of reasons, historical practice within the Apprenticeship sector is that this process can take weeks. 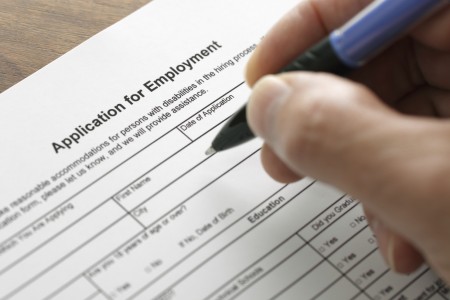 How can we help?

GetMyFirstJob allows training providers and colleges to tackle this head on by adopting an approach similar to that used by commercial recruitment agencies. This allows apprenticeship providers to deliver higher levels of service to the employers that are their customers. As an example, last month one provider that is a longstanding customer of GetMyFirstJob started 100 young people on Apprenticeships. They did this by proactively searching for the right candidate rather than waiting for them to apply. As a result, 87% of them were sourced directly from the GetMyFirstJob candidate base, 9.5% from the government Apprenticeship jobs board and the balance from other promotional activity.

Our mission is more than to provide a website for candidates, colleges and training providers; it is to help provide the tools required to change the approach of apprenticeship providers across the country; to provide them with a system that allows them to act on the fact that the employer should be the focus of the Apprenticeship system. The SFA and Ofsted are important, but it is, after all, companies large and small that generate the jobs and the tax receipts that fund the system in the first place.

By David Allison – Co-founder of GetMyFirstJob